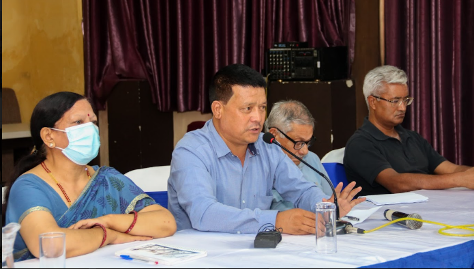 Summary of the Event

Mr Bidur Subedi, the Secretary General of Human Rights Alliance, briefly shared the background of transitional justice. He shared the objective of the discussion as well. Stating that the Law ministry has submitted an amendment bill of 22 points and human rights organizations have demanded amendments to the proposed bill, the current discussion has been organized to discuss why the Bill cannot be passed as it is and what are the major concerns of these human rights organizations.

Based on today’s discussion, we will take the following steps:

After the closing remarks, the program was formally ended by Mr. Min Bahadur Shahi by thanking all the participants and guests for their time and input.