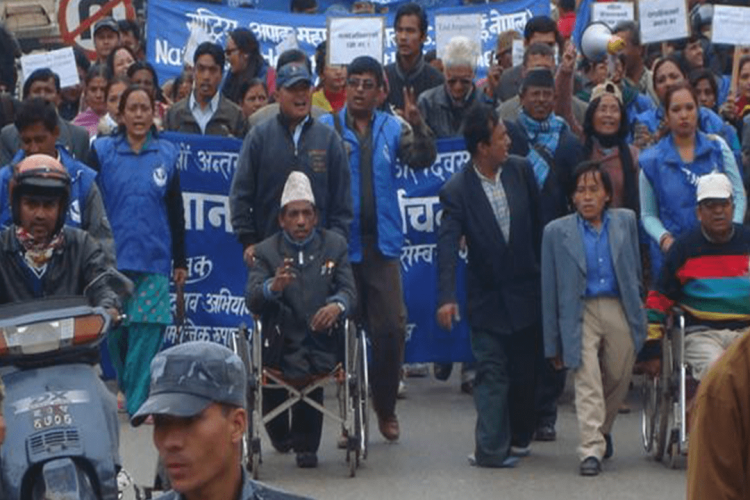 The thrust for this is to involve the marginalised and excluded groups on their issues of human rights mainly in two ways: Capacity building and advocacy or lobbying with mainly the government agencies so that there can be significant changes on the existing human rights policies and laws so as to make them more friendly and practical to the marginalised and excluded groups (Aadibasi Janjatis, Dalits, Women, youths, girl children, persons with disabilities (PWDs), Madheshis, Tharus, Youths, and marginalised people like Karnali region). In the past, Human Rights Alliance has played a significant role in facilitating between the community people and the CA members for collecting people’s suggestions for the new constitution. The meeting of the central committee of Human Rights Alliance sat on 18 April 2009 has aimed to enable the marginalised and excluded groups like Raute, Chepang, Kumal, Majhi, Dura, Bote, and Mushar on the various issues of human rights.

Another important learning made by Human Rights Alliance during the project implementation period for the past two years is that coordination and cooperation with other CSOs particularly with advocacy based like minded organisations would be one of the major tools to document, compile and disseminate the cases of human rights violations. The collaborative approach introduced by Human Rights Alliance during past some years has brought out several outputs to lobby with the CA members, political party leaders and the CSOs for making the human rights friendly new constitution.

Intervention on the contents of the questionnaire prepared by the CA to administer among the community people is another example that the Human Rights Alliance in collaboration with other like minded organisations sensitised the CA members, media and other concerned people.  The Organisation coordinated with more than 25 organisations in the centre, launched a hectic exercise in collecting, compiling and preparing the suggestions to the respective thematic committees of the CA. Human Rights Alliance mainly coordinated for the issues of fundamental rights and directive principles. While, collecting the issues from the communities, districts, regions and in the centre, it has been learnt that Nepalese people’s knowledge on civil, political and cultural rights is very poor and its needs to be strengthened. A further learning has been made that whatever the efforts made in the sectors of human rights are centralised among almost the same beneficiaries for years. These efforts have hardly reached the marginalised and excluded groups. This project is prepared taking this a serious concern. It will categorically identify the marginalised and excluded groups in the selected districts and will launch specific activities for them.